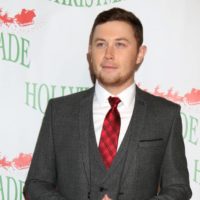 The film, which was inspired by the song, will air on Hallmark’s Movies & Mysteries channel on Nov. 20 at 10PM ET. “Five More Minutes” isn’t a Christmas song, but contains themes such as gratitude and the importance of quality time with family. McCreery, who co-wrote the song with Frank Rogers and Monty Criswell, drew inspiration for the song from his relationship with his grandfather. At the time he tweeted to his followers, “I think I just wrote my favorite song I’ve ever written.”

McCreery will not appear in the Hallmark movie Five More Minutes but will be listed as an executive producer on the project. Though it’s inspired by his song, the new movie isn’t a direct adaption; rather, it “centers around a woman who discovers her late grandfather’s journal during the holiday season, and learns new and surprising things about his life.”